The Great Escape: The bond market braces for the Fed’s wind-down of its balance sheet.

The bond market braces for the Fed’s wind-down of its balance sheet.

If bond investors (you) were running low on things to worry about for the rest of the year, I’ve got some terrific news: The $9 trillion portfolio owned by our central bank will begin to shrink. Soon. And at a feverish pace, I might add.

We’re into new territory for a number of reasons. The most obvious is that the mountain is double its size the last time a wind-down started. Another reason is that inflation, in case it’s escaped your notice, is at a 40-year high. Still another is that consumers no longer believe that prices will get back into their 2%-per-year box they’ve been confined to for the better part of a decade. So, this high-wire act has some drama attached.

Way back (hyperbole) in 2013, then-Fed Chairman Ben Bernanke announced the last unwinding without much warning, and begat the Great Taper Tantrum. Bond yields rose a lot, even though the Fed’s balance sheet didn’t actually start to shrink for several years. And even when it did, it was a very gradual process.

For example, the initial amounts in 2018 that rolled off were pegged at $10 billion per month. That’s a lot of zeros by most everyone’s reckoning, but were small enough to be the equivalent of, as then-Fed Chairman Janet Yellen said, “watching paint dry.” And, while the monthly caps eventually rose to $50 billion, the market by and large shrugged off the wind-down. To be sure, rates rose in absolute terms between 2016 and 2018 as the Fed hiked a total of 10 times, but there were very logical and measured market reactions to these events.

What will this time’s great escape look like? For starters, it appears the amounts that’ll be leaving the party will be much larger even at the outset. Indications are the number will be around $95 billion, per month. That could increase, depending on how quickly inflation starts to behave to the Federal Open Market Committee (FOMC)’s liking. There’s also the matter of the other mandate, maximum employment. What happens if consumption begins to dwindle as consumers can’t afford to keep buying goods and services, and the labor market dries up?

At the moment, the overriding concern is that inflation expectations are quite high. This has spurred the FOMC to act, and talk, aggressively to get prices under control. And there’s a lot of raw material to work with: according to Bloomberg, the Fed owns fully one-fourth of all Treasury securities, and an astonishing 40% of the agency mortgage-backed securities (MBS) market.

When you get right down to it, there are only three ways to get rid of a bunch of bonds. They are determined by when the bonds will mature, how quickly the investor wants to get rid of them and how much runoff is desired. (For all investors that are not central banks, the market gain or loss contained in the portfolio can impact which strategy is employed. It’s irrelevant to the Fed.)

First, the investor can simply not reinvest all the proceeds that are running off. In the case of the Fed, over $2 trillion will simply mature in the next two years, so if the objective is to shrink by around $1.1 trillion per year, it will buy some, but not all, of what is rolling off. Secondly, if it wants to speed up the timetable, the Fed can reinvest none of the proceeds. Both cases are examples of passive Quantitative Tightening (QT).

The third, and potentially the most market-changing, is to actively sell some of the holdings. It’s been a while since the Fed used this technique, as all of the runoff back in 2018–19 fell under the passive QT label. One reason this option has been floated is that most of the cash flow from its MBS holdings is from prepayments of loans, and since mortgage rates have skyrocketed this year, very few homeowners can now benefit from refinancing. So, actually selling some securities into the open market could be in play, and a seller of the Fed’s scale could certainly affect the market.

Where does the Great Escape end? It’s anyone’s guess, particularly since the Fed is going to attempt a very public, highly complicated soft landing in the midst of all this. But, if the size of the balance sheet relative to Gross Domestic Product reverts to the pre-pandemic levels, it would settle out around $4.5 trillion, around 2026. Fasten your seat belts. 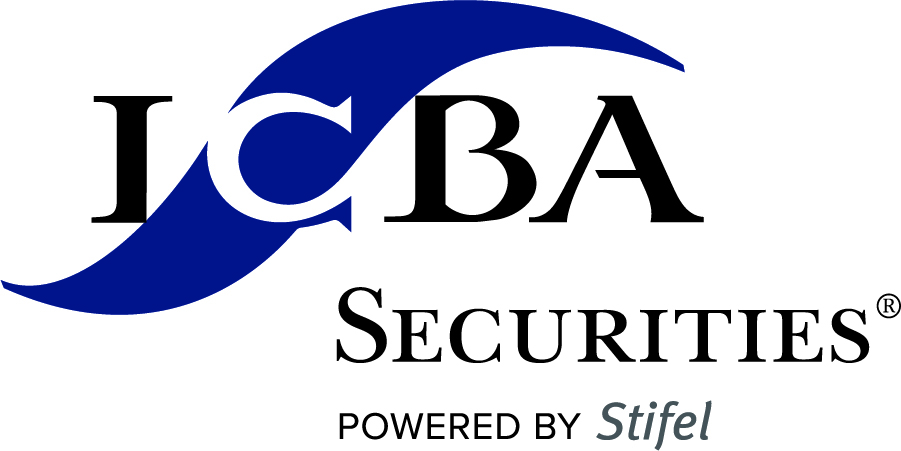 Vining Sparks and Stifel Financial have completed their merger, and for the first time since 1989, ICBA Securities has a new endorsed broker. Stifel representatives will be on-site at a number of ICBA affiliate events later this year. For more information, visit stifel.com

Jim Reber was elected as President and CEO of ICBA Securities effective April 1, 2005. From 1990 through 2005 he worked as a Senior Vice President and registered representative for ICBA Securities. He is a frequent speaker at bank conventions, seminars and conferences. Jim also writes a monthly investment column for Independent Banker magazine. He is a Certi􀀁ed Public Accountant and a Chartered Financial Analyst. He is on the Board of Regents of the Paul W. Barret School of Banking and is on the Executive Committee. Jim holds a BS degree in Accounting from Christian Brothers University in Memphis, Tennessee, where he serves on the Board of Trustees.